Bankruptcy is a state or condition of a person, be it an individual, partnership or corporate, who is unable to pay its debts as they are or become due. In India, since long, there was no single law to deal with this state of Insolvency and Bankruptcy.

Suraj Nangia, Partner contributed an article on Decoding the Insolvency and Bankruptcy Code, 2016 for Taxsutra- Lawstreet India & takes a deep dive into the evolution of the Code, Government’s intent behind enacting the Code rather than an Act and its mechanism with a view to decode the Code.

The author states that “under the Code, insolvency proceedings can be initiated on a mere occurrence of default of Rs. 1 lakh even for a single day and application in this regard can be filed by the creditors of the corporate person, be it financial creditor, operation creditor, workmen, employees, and even the corporate person himself” 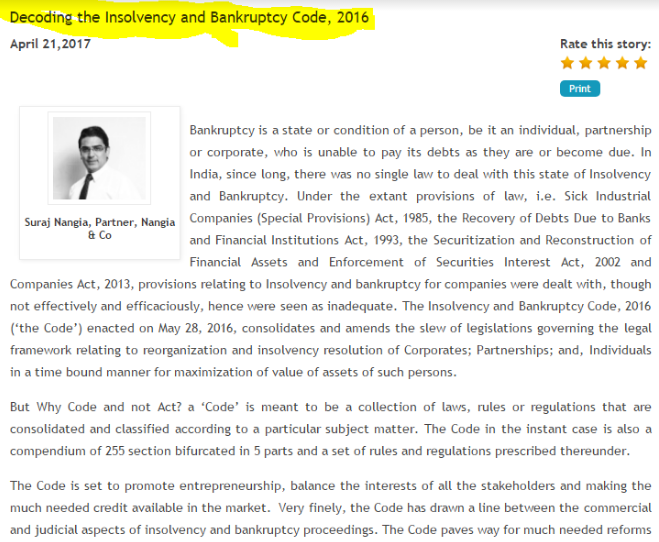