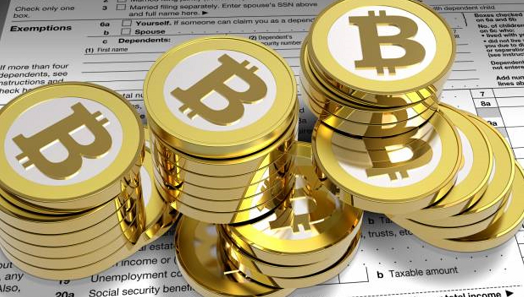 Bitcoins and all other crypto currencies have taken the front page of newspapers in the recent past. Bitcoins or cryptocurrencies are new buzzwords both for investors and tax authorities. While investors are fascinated by an exponential increase in its valuation over the past few years and find it as an alternative investment vehicle for multiplying their investments, profits from investments made in Bitcoins have attracted the attention of tax authorities in India.

What is a Bitcoin?

Bitcoin is a cryptocurrency and a worldwide payment system not regulated by central banks. It is traded in Bitcoin exchanges across the world and bought and sold in exchange for real currencies. Bitcoins are also used as payment consideration/ payment method for purchase and sale of goods and services.

Legal status of bitcoins in India

Bitcoin, as a medium of payment, has neither been authorized nor regulated in India. Recently, Reserve Bank of India had also issued its advisory against use of or investing in Bitcoins and other cryptocurrencies. Since no legal status is granted to such virtual currencies, no set rules, regulations or guidelines have been laid down for resolving disputes that could arise while dealing with Bitcoins. Hence, such transactions come with their own set of risks. However, so far, there has been no blanket ban on Bitcoins in India.

At the same time, since there are no regulations/ reporting mechanisms governing investment and trading in Bitcoins, the Indian tax authorities may suspect use of illegal money/ tax evasion in investments and trading in Bitcoins. During the last few days, the income tax authorities have conducted surveys at major Bitcoin exchanges across the country on suspicion of alleged tax evasion. Based on information collected from such surveys, the income tax department is also in the process of sending notices to high net-worth individuals (HNIs) across the country who were trading on the exchanges in Bitcoins.

There may be multiple income tax implications of such notices and investment/ trading in Bitcoins. The tax authorities would ask the taxpayer about source of investments in Bitcoins and transactions made over past years. In case the taxpayer is not able to explain the source of money invested in Bitcoins, the same will be considered to be unexplained money and the entire amount will be taxable income. Even if source of such investments in Bitcoins is explained and found to be legal, profit earned from trading/ investment would be liable to income tax in India. Currently, there are no specific provisions under income tax laws to govern taxation of Bitcoins specifically. Therefore, taxation of income/ profits from Bitcoins would be subject to income tax under general provisions of income tax laws.Under the general provisions, if Bitcoins are held for trading purposes, profit on sale would be liable to income tax as “business income”. On the other hand, in case such Bitcoins are held as investments or capital assets, any profit on sale of such Bitcoins would be taxable as capital gains, which may further be classified as long-term capital gains if such Bitcoins are held for more than 36 months, else as short-term capital gains.

Concessional tax rates of 20% with indexation benefit may be available, if such capital gains qualify as long-term capital gains. In all other cases, normal tax rate applicable to the taxpayer would apply on such profit/ gains. The concept of Bitcoins and its taxability is fairly new in India and tax positions are untested. Thus, these are also prone to income tax litigation in case tax authorities take a different position for taxation of Bitcoins vis-à- vis other capital assets/ business assets. We may also expect new provisions under law specifically providing for taxation of profits/ gains from trading/ investment in Bitcoins.